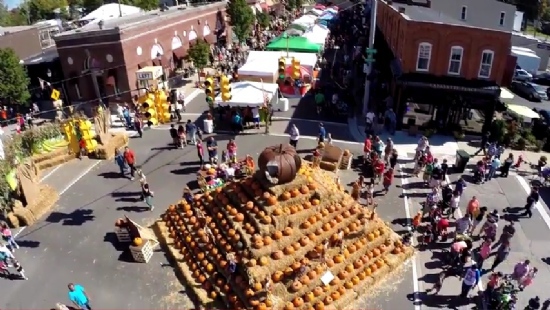 Some road closures can be expected as the South Lyon community hosts the 34th annual Pumpkinfest.

The actual Pumpkinfest event kicks off at 6pm tonight, as does the biergarten/main stage on Wells Street. Festivities start at 10am Saturday with the annual Pumpkinfest Parade. The parade staging area will be at Centennial Middle School and police advise that Nine Mile from Centennial to Pontiac Trail will close at 8:30am. At 9:30am, police will shut down Pontiac Trail from Nine Mile to Liberty Street. The areas will be closed for approximately 90 minutes while the parade makes its way through the city, ending at Bartlett Elementary where a craft show is planned. The downtown area will feature food, music and inflatables. Sunday will continue with a great pumpkin contest, battle of artists and pie eating contests among other activities. Pumpkinfest will conclude at 6pm on Sunday and roads should be open between 6pm and 7pm.

Event details can be found through the link. (JM)