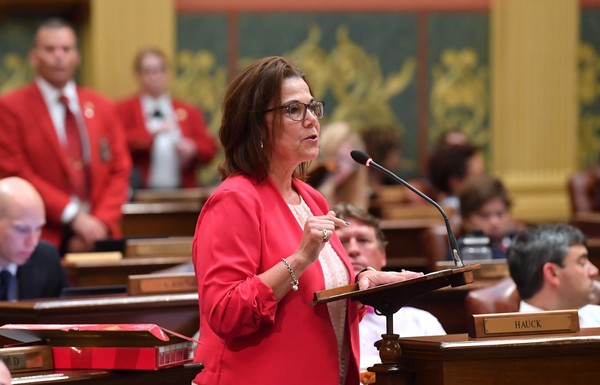 
A local lawmaker has announced that she will not be running for the Republican Secretary of State nomination in 2022.

In a story published on MIRS, the Michigan Research & Information Service, State Representative Ann Bollin of Brighton Township said she will not be running for the nomination against Democratic Incumbent Secretary of State Jocelyn Benson. She stated she’s received a lot of encouragement to do so but felt the timing isn’t right.

Bollin said the difficult decision was reached after consulting with family and friends, citing a “divisive political climate”. She told the news outlet "I feel like I can have more influence in ensuring free and fair elections while serving the people of Livingston County and Michigan in the state House."

Before being elected to the Legislature, Bollin was the longtime Brighton Township Clerk from 2003-2018 and was the longest-serving clerk. She currently chairs the House Ethics & Elections Committee and has been vocal in pushing for election reforms.

Bollin was first elected in November of 2018 and is eligible to run for one final term in the House due to term limits.