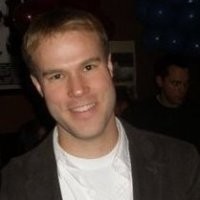 A Fenton man has been reappointed to the Governor’s Council on Physical Fitness, Health and Sports.

Governor Rick Snyder announced the re-appointment of Andy Younger of Fenton to the 15-member council that works to improve lives and strengthen communities by supporting healthy eating and physical activity. In an effort to further promote healthy lifestyles, the council hosts the Governor’s Annual Fitness Awards that recognizes Michiganders who have overcome obstacles along their health and fitness journeys. Governor Snyder thanked Younger and the other individuals appointed for promoting healthier lifestyles among Michiganders, adding the work the council does helps to inspire residents to strive for a healthier life regardless of their circumstances.

Younger is the race director for the Crim Fitness Foundation, where he works with staff to direct the organization’s efforts to create healthy communities through physical activity, nutrition and mindfulness. He holds a bachelor’s degree in environmental policy from the University of Michigan and a master’s degree in business administration from Loyola University.