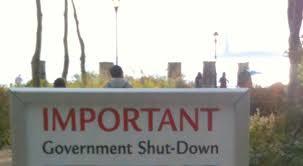 As the partial government shutdown enters its fourth week, federal employees are going without a paycheck that was due today.

Among them is Dan Sheill of Pinckney, who is a Special Agent with a federal agency, which he preferred not to mention. Sheill, who is an essential employee and must work despite not being paid, says the politics of the shutdown are immaterial to the fact that 800,000 employees across the country are being forced to make decisions that could have long-range impacts. "I've dedicated 27 years of my life to protecting this nation and its people, and I'm honored to do that. But this does make it more difficult to approach the challenges when, frankly, we're not duly compensated. I'm committed and all the other employees are committed but it does make it more challenging."

Sheill says at this point they are able to make the appropriate adjustments to get by, but if another paycheck is missed that is going to put a definite strain on his family’s finances. He’s hoping the impasse can be resolved before then. "Anyone in this situation is having to look at alternative sources of income such as tapping into savings, liquidating some investments or credit card spending, which no one wants to do if they don't have to. The longer this goes on, people that work for the government are generally middle-class incomes, the more strain this put on them and their finances."

The House voted today that all federal employees will be paid retroactively after the partial government shutdown ends. The Senate approved the bill unanimously Thursday. The bill now heads to President Donald Trump, who is expected to sign it. As of Saturday the shutdown will be the longest in U.S. history. (JK)