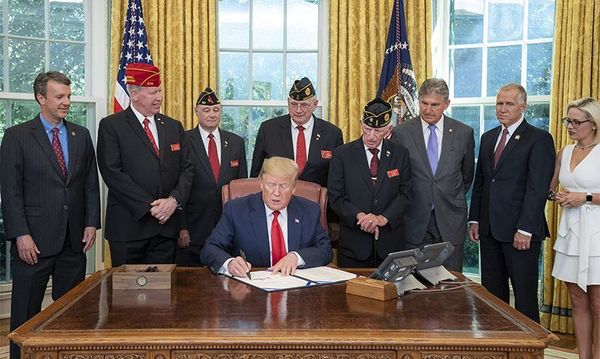 Local veterans and others across the nation in search of community and camaraderie now have expanded opportunities.

Vietnam-Era Navy Veteran Mark Schultz is the Senior Vice Commander at the American Legion Post 338 in South Lyon. He says a “veteran is a veteran” and their service is what matters most – not where they fought. Schultz says many veterans wanted to be recognized for their service, which they earned, but couldn’t because of past restrictions so they’re trying to get the word out. Some have suggested the LEGION Act is an attempt to bolster declining membership numbers. Schultz says that does come into play but it’s much more than that and recognizing the service of wartime veterans is long overdue. He says they are hoping to increase membership because there are many veterans like himself that have wanted to get involved but couldn’t – adding it’s also hard to reach out to veterans due to privacy laws. Schultz says it’s not so much about the membership or money, but rather reaching out to veterans so they have a chance at the camaraderie and community service that the organization does with minimal effort.

The current fee to join the American Legion is $45 annually or $450 for lifetime membership. Schultz says a portion goes toward national membership and monies are used to maintain Arlington National Cemetery where the Tomb of the Unknown Soldier memorial is located. He says funds also go toward the Great Lakes National Cemetery in Holly, where veterans and volunteers fund and place wreaths on every grave on Veterans Day and Memorial Day. Schultz stressed that both are maintained solely by veterans who have served and no government agency is involved. Photo: White House - Tia Dufour - www.Legion.org. (JM)