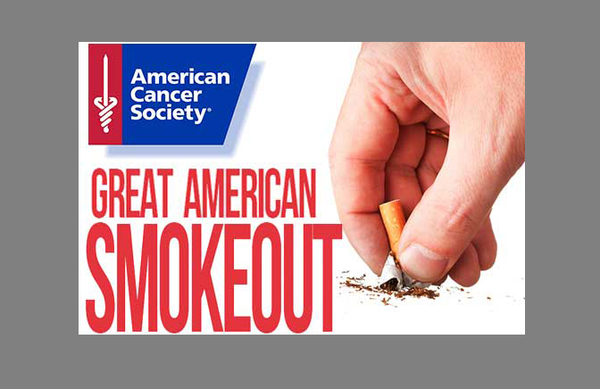 
This Thursday marks the American Cancer Society’s 47th Great American Smokeout and Livingston County smokers are again being encouraged to kick the habit or at least try.

Those who smoke or use tobacco products are encouraged to take the day to quit or at least make a plan to start thinking about when they’re going to quit.

This year, cancer patients and survivors are marking the occasion by calling on elected officials to protect the health of Michigan residents by investing $5 (M) million in the state tobacco control program.

The ACS says a well-funded, fact-based tobacco control program is needed to counteract the $323.8 (m) million per year that tobacco companies are spending to market their products in Michigan. A press release states “As Big Tobacco has been working hard to addict future generations with e-cigarettes and other tobacco products, the need for tobacco prevention program funding has never been greater".

The ACS says tobacco use is still the leading preventable cause of disease and death in Michigan, and smoking is now linked to at least 12 cancers, including lung, liver and colorectal cancers. 17% of adults in Michigan are said to smoke.

A new ACS study found that in 2019, 32.3% of Michigan cancer deaths were due to smoking. Additionally, in 2020, the prevalence of any tobacco product use was higher among adults living in rural areas (27.3%) compared to adults living in urban areas (17.7%).

Tobacco companies have defended in lawsuits that smokers knowingly assumed the risks of cancer and other health problems when they began smoking.

More information and free resources on quitting smoking can be found in the attached release and provided link.