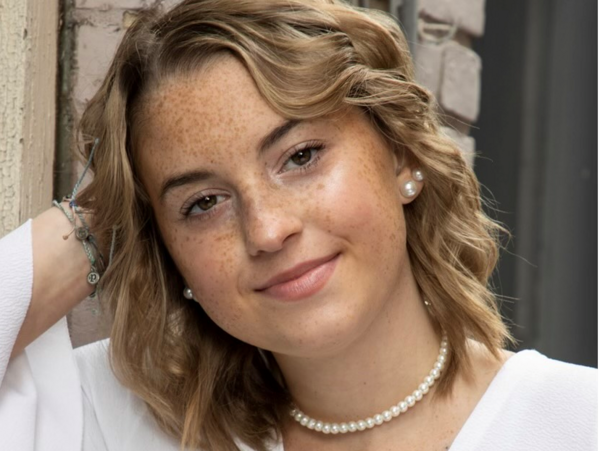 18-year-old Alexis Szymczak was diagnosed with Ewing Sarcoma Cancer in her right hip in 2016 at the age of 12. She had a full hip replacement but 18 months later, it spread to her left lung. Within the last year, it’s continued to spread despite several chemotherapy and immunotherapy treatments and she now has 50% breathing capacity. Alexis’ mother Amy says it has spread to her daughter’s right lung, chest cavity, abdomen and is in both hips and her right temporal bone.

Szymczak says her daughter is both a fighter and a believer but the cancer has just been going everywhere – adding you wouldn’t know anything by looking at her as everything is on the inside. She says Alexis has been fighting cancer for six years now and started chemotherapy about three weeks ago. She’s currently undergoing her second round of chemotherapy but Szymczak says it’s really beating her up.

The family lives in Fowlerville and Alexis’ treatments are done at C.S. Mott Children’s Hospital, which Szymczak says has been very strenuous on the family and they also have two other children to support. The treatments are done for a full week at a time. Szymczak says their jobs are protected but they have to take a lot of time off, which is unpaid, and that’s where the financial burdens start to come in.

To help with the financial burdens and alleviate stress for the family, friends have organized a spaghetti dinner fundraiser tomorrow from 5 to 8pm at the Livingston County Wildlife & Conservation Club in Hamburg Township. The dinner is from 5:30 to 7:30pm and the event will also feature a 50/50 raffle and a silent auction. Anyone is welcome to attend and the cost is $10 for dinner. Szymczak said they’re hoping for a good turnout and thanked the community for its generosity.

Financial donations and items for the auction are being accepted on the family’s behalf at the Hamburg Township Police Department. They can be dropped off and/or sent to Hamburg Police Department. ATTN: Sergeant Paul 10409 Merrill Road Hamburg, MI 48139. Cash donations should be made out to Russ or Amy Szymczak. All donations should be marked: For Alexis Szymczak. Donations can also be made to Venmo @russell-szymczak.

Silent auction items can also be dropped off the Conservation Club after noon on Thursday.