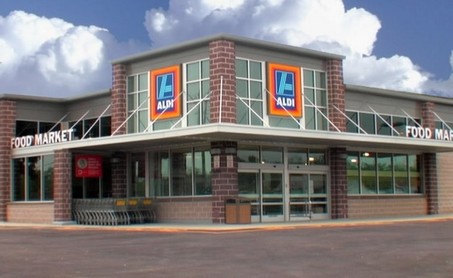 Plans are moving forward for an expansion of the Aldi Food Market in Genoa Township.

Company representatives were before the Planning Commission Monday night for review of final site plans and an environmental impact assessment. Approval was unanimously recommended to the township board. The interior of the store will be completely remodeled and a 2,254-square-foot addition will be constructed. The exterior will match the existing brick and the entrance will be in the same general location. Township consultants offered compliments on the clean submittal and noted everything previously discussed was incorporated and complied with ordinance.

Planning Commission chairman Doug Brown told WHMI it’s a good project and everything fit in nicely on the property, which is less than three acres. Once the expansion is complete, he says people won’t even notice the store was smaller at one time. Brown said Aldi has been a great company to work with, noting they’ve had everything together since day one. He commented the representatives were very effective and efficient with their presentation and got right to the point – adding a visit to the actual store demonstrates how efficient they are, although they might not look as glamorous as some others.

Other aspects of the project include adding a second shopping cart enclosure and the parking lot will be completely resurfaced and re-striped. Some landscaping will be added or improved in areas, while lighting fixtures on site will be upgraded to LED’s for energy efficiency and to help better illuminate the sidewalk. The store currently has 71 designated parking spaces but typically would require 95. The proposed plans call for adding 24 spaces to reach that corporate standard, and commissioners were okay with granting a waiver for six spaces and some setback requirements. It was noted the stores in general have become very popular over the last few years and there’s been a significant increase in customers since 2008, when the local store was first constructed. Aldi representatives declined to comment after the meeting. They did not indicate any time frame as to when construction would start, but likely soon. Representatives did state work would take around 15 weeks, and the store would be closed for approximately five weeks. (JM)