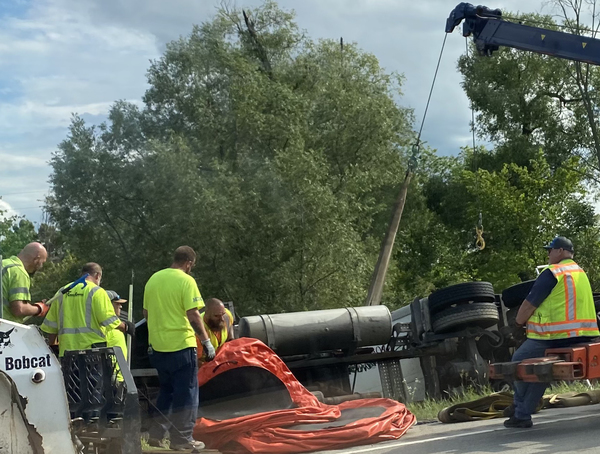 
Alcohol is suspected as a factor in an incident Wednesday involving a semi-truck that overturned in Oceola Township, blocking Highland Road (M-59) for 12 hours.

The Livingston County Sheriff’s Office reports that deputies were dispatched at about 3:30 Wednesday afternoon to a single-vehicle roll-over crash on Highland Road near Hughes Road.

Witnesses reported that the 2011 Freightliner operated by JME Trucking out of Petoskey, Michigan was stopped eastbound on the shoulder of Highland Road. As the vehicle started up traveling eastbound it began to sink on the soft shoulder before rolling onto its side. The truck was filled with Coca-Cola products at the time.

The 47-year-old male driver from Petoskey received minor injuries and was transported to Providence Park Hospital in Novi for treatment. However, traffic along Highland Road was impacted until 3:30 this morning while the vehicle was unloaded and towed from the scene.

Alcohol is believed to be a factor in the crash which remains under investigation pending toxicology reports.