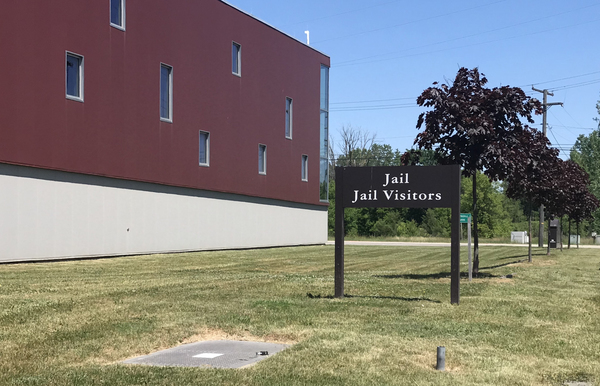 The Livingston County Board of Commissioners recently approved a resolution authorizing additional fencing at the rear of the jail to secure the building. Lt. Eric Sanborn presented the request for the fencing, which was originally approved in the 2019 Fiscal Year budget. Sanborn says that because of the larger scale needs assessment and renovation tied to a capital improvement project at the Sheriff’s Office building, it was agreed to delay the project until this year. He said the fencing will create an alleyway for the inmates to separate them when they report to, and when they release from the jail. Sanborn pointed out that this will also better secure the portion of the jail in which a 76-year-old woman from Chesaning mistakenly drove into the sally port earlier this year when she thought her vehicle was in reverse, but was in fact, in drive.

Sanborn’s memo states that it’s not just that security breach, but also the COVID-19 pandemic and recent civil unrest that has made it more imperative than ever to secure the rear of the jail and the Sheriff’s Office.

All work will be done by local vendors, Justice Fence Co. and American Video Transfer.