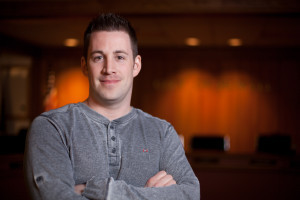 
Four former employees of a Howell-based restaurant company are being sued by the owner for defamation.

Adam Merkel owns Diamonds, Cello and the Silver Pig in downtown Howell, as well as a Royal Oak venture. He has filed a lawsuit against former employees Kristen Kraft, Briana Swayze, Jessica Jeffrey-Friar and Nicholas Griffin for defamation and comments they made on social media he alleges are untrue. The suit seeks in excess of $25,000, which is the jurisdictional limit to file cases in Livingston County Circuit Court. Employees were initially laid off due to the coronavirus pandemic in March and then called back to work April 27th after Merkel was able to secure a loan under the Paycheck protection program, which has specific requirements. Some employees chose not to and posted related statements on social media.

Attorney Bryan Marcus represents Merkel’s company and tells WHMI some employees were called back to work but chose not to. He maintains the employees were terminated because of the defamatory statements made and it didn’t have anything to do with their decision to not return to work when requested. Marcus says the suit alleges the four employees posted false statements on social media that crossed the line from opinion and were defamatory. He said they have no problems with the former employees exercising their First Amendment rights and there is no intent to harm or suppress anybody – they just don’t want people saying things that are not true. He says many of the statements were opinions and they don’t have any legal issue with that.

Swayze says she worked for Merkel’s company at various restaurants for a little over two years, most recently as a bartender at The Silver Pig. She said some of the employees were fired after they did not return to work when called back amid the pandemic and the state’s stay-at-home order out of safety and health concerns. She says staff was given a 24-hour notice to return and some had legitimate concerns and aired grievances on social media - adding it also wasn’t clear what they would be paid, how much or when and there weren’t clear guidelines in place for health and safety. Swayze told WHMI she is fully capable of backing up everything she said and is not trying to hurt the community she loves. She said the defendants are just ordinary locals and parents who have been put in a pretty interesting predicament and they’re just defending themselves at this point. Swayze said the lawsuit wasn’t a total shock but was really surprised with the steep amount being sought, plus legal fees, and that was a little disheartening. Swayze says she and the other defendants have created an online fundraiser on Free Funder to help with legal fees and are working to find a lawyer – stressing they are in no way trying to harm the community and love Howell. A link to the fundraiser is posted below.

In addition to the $25,000, Marcus says the lawsuit is also seeking equitable relief in the form of injunctions. Ultimately, he says they would be seeking an order that would specify the defendants can’t disseminate false statements of fact.