Local Officers Honored In Annual Above And Beyond Ceremony 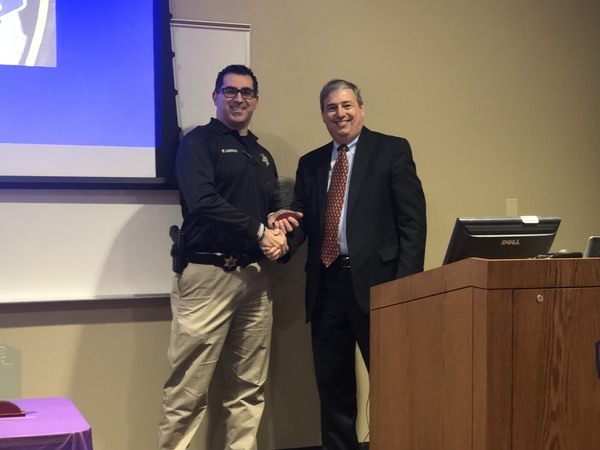 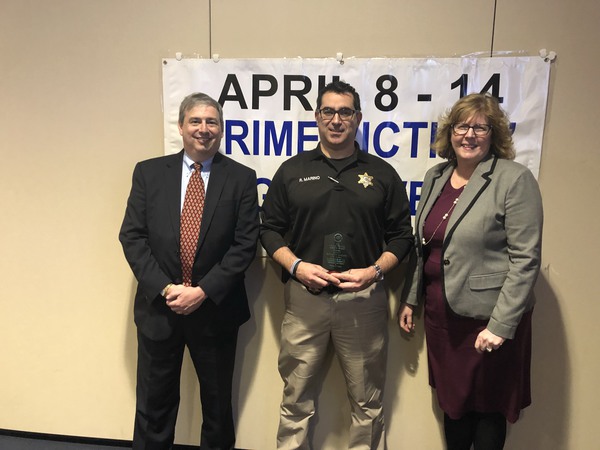 The Livingston County Prosecutor’s Office held their annual Above and Beyond Award Ceremony recognizing people who fight hard for the rights of those who have been victimized.

The annual ceremony, which takes each year near or during National Crime Victims’ Rights Week was held Wednesday at the Livingston County EMS building in Howell. Livingston County Prosecuting Attorney Bill Vailliencourt emceed the event which this year honored a pair of local police officers.

Sheriff’s Office Deputy Ray Marino was recognized for a case where he helped a victim who suffered a traumatic 2-day domestic abuse event with an offender. Once the victim was safe, Marino continued to stay in contact and be an advocate for her even though she was still living in fear. Vaillencourt said that through Marino’s exceptional efforts, the woman strengthened in her resolve and helped see her assailant brought to justice. Marino said he appreciates the award, but that this isn’t the type of job you do for the recognition or pats on the back. He said that it’s knowing you can help the victims which is the reward.

Brighton Police Department Detective Mike Arntz was the other award recipient. Arntz, an 11- year veteran of the Brighton department, was described by Vailliencourt as the “the personification of the idea that every victim should have a voice.” He added that Arntz is dogged in his work, always goes the extra mile, and that that is reflected in the cases be brings to the Prosecutor’s Office. Vaillencourt ended the ceremony by bringing light to the work that the Livingston County Community Alliance and Livingston County Catholic Charities are doing against elderly abuse and keeping children in home safe from alcohol and prescription drugs. (MK)