Three Recognized For Going Above And Beyond For Crime Victims' Rights 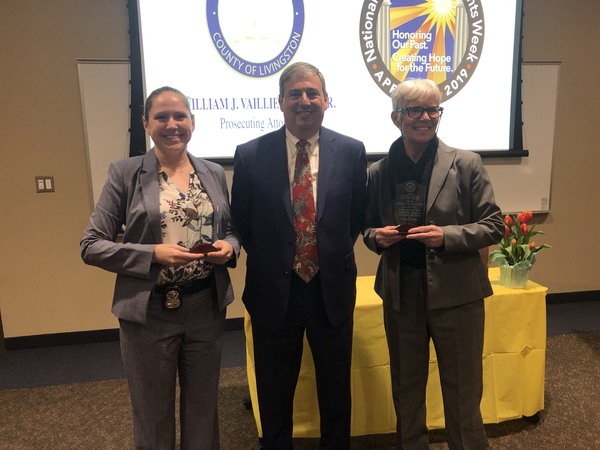 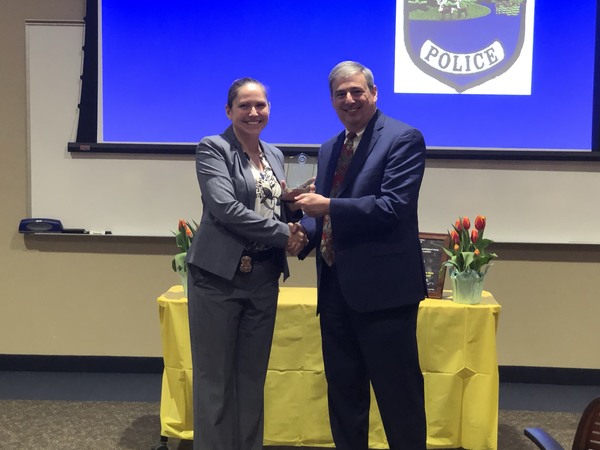 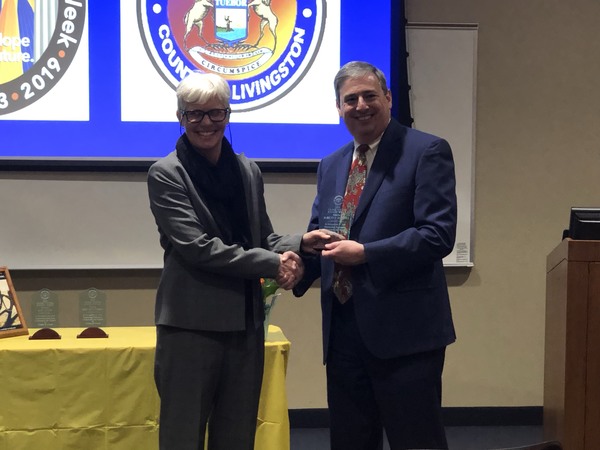 The Livingston County Prosecutor’s Office held their yearly Above and Beyond Award Ceremony recognizing people who fight hard for the rights of those who have been victimized.

Marilyn Bradford is the longest serving member of the Prosecutor’s Office, first joining it back in 1991. Bradford was honored for her 28 years of fighting and advocating for those victimized by juvenile offenders and for her work in protecting kids. She shared the importance of being there to assist victims going through the court process. Bradford pointed out that in some cases, the court process can in itself be traumatizing to a victim, in addition to the trauma caused by the crime. She said that by looking through a trauma-focused lens, they are able to not only help the victims better during the process, but can also help them be successful on the other side of it.

Hamburg Township Police Officer Kim Leeds received recognition for her hard work since joining the Hamburg force in 2013. Leeds has spent 3 years as a detective and investigated a wide variety of crimes. One case was pointed out where she spent 400 hours and uncovered 30 fraudulent accounts, while building an ironclad case against an offender who was victimizing an elderly couple in the area with identity theft. Leeds also has gotten convictions of multiple offenders committing sexual assault crimes, including one case where she coordinated efforts with police from another state to bring a perpetrator to justice. Leeds said this recognition was unexpected, and “that in law enforcement, many officers don’t get accolades for this kind of thing, so it’s really nice to be appreciated. Livingston County is great for this kind of stuff.”

Also recognized was Sheri Pummil, who was the county’s Chief Rights Advocate for 27 years. Pummil has recently retired and was not present to accept, but Valliencourt commended her for her invaluable service, noting that she will be missed. He read a statement from a co-worker of Pummil’s who said that she is beyond kind and compassionate, and puts all things related to her job and the victims ahead of herself.

National Crime Victims’ Rights Week culminates with a candlelight vigil at the Capitol in Lansing, next Wednesday, at 6pm.