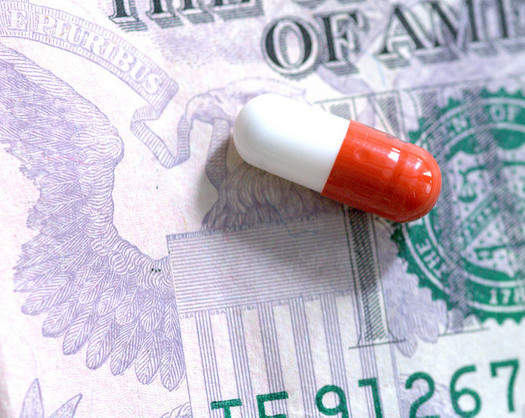 Older Michiganders outraged over the soaring cost of prescription medications are turning up the heat on lawmakers and drug companies.

Lisa Dedden Cooper, manager of advocacy with AARP Michigan, says a new "Stop Rx Greed" campaign is calling for a crackdown on unfair drug pricing that puts medications out of reach.

In a new survey, 67 percent of Michigan voters age 45-plus said they were extremely or very concerned about being able to afford prescription drugs for their families. And Cooper adds that three-in-four surveyed believe pharmaceutical companies have a lot of influence over members of Congress and state legislatures.

"There's a lot of concern,” says Cooper. “There's a lot of passion among voters and families that this is an issue that needs to be addressed because people can't afford the drugs that they need to remain alive."

Michigan lawmakers are considering House Bill 4154, introduced by handy Township Republican Hank Vaupel, which would require drug companies to file annual reports regarding the developing and manufacturing costs of drugs priced at more than $10,000 a year.

Drug companies contend that higher prices are the result of research and innovation for new medications, but opponents counter that the companies are raising prices for drugs already on the market.

In a national AARP poll, 80 percent of voters ages 50 and older said they take at least one prescription medication. And in cases where those polled chose to not fill a needed prescription, Cooper explains that cost was the most common reason.

"So many are dealing with this as a pocketbook issue and one that is really unsustainable at the rate that we are seeing price increases," says Cooper.

There are calls at the federal level to allow Medicare to negotiate prescription drug prices as well as for the acceleration of the market release of generic drugs. Cooper says these actions would not just benefit those who are older.

"Americans are paying the highest prescription-drug prices in the world, often double or triple what people in other countries pay," says Cooper. “And outrageously priced drugs affect all of us by increasing insurance premiums, increasing cost to taxpayers, and families' out-of-pocket cost."

According to AARP, more than $300 billion are spent on prescription medications each year in the U.S., and nearly three-fourths of it is on brand names, which only account for one-in-eight prescriptions.