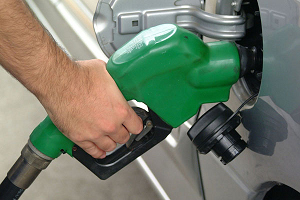 AAA Michigan reports that the state average on Tuesday was about $2.12, which is six cents higher than the day before and the same price as the same time last week.

Despite the increase, drivers are still paying about four cents per gallon less than a month ago, and 47 cents less than this time last year. The savings are said to be even greater when compared to some of the highest prices of 2018. AAA notes so far this year, oil rose $8 per barrel, largely due to reduced output from the Organization of the Petroleum Exporting Countries (OPEC) and renewed optimism for a U.S./China trade deal. But AAA spokesperson Nancy Cain says the tide may have turned Tuesday morning, as oil and gasoline futures are now moving lower due to global demand concerns.

Cain says the current prices may be the lowest that residents see for a while because prices are generally their lowest this time of year, due to January typically being the least-driven month. Prices are sure to jump in the spring, according to Cain, due to an increase in driving and the changeover from winter gasoline blends to summer blends.

Cain does however recommend that regardless of the price, motorists should keep their gas tanks at least halfway full at all times during the winter months in order to prevent fuel lines from freezing. Cain encourages motorists to drive around a little bit in search of a good price, as they’ve seen price differences of as much as 10 cents per gallon between gas stations that are relatively close to one another.

AAA's recent report states that in the latest short-term energy outlook, the Energy Information Administration expects U.S. regular retail gasoline prices to follow changes to the cost of crude oil, dipping from an average of $2.73 per gallon in 2018 to $2.47 in 2019, before rising to $2.62 in 2020. (DK)