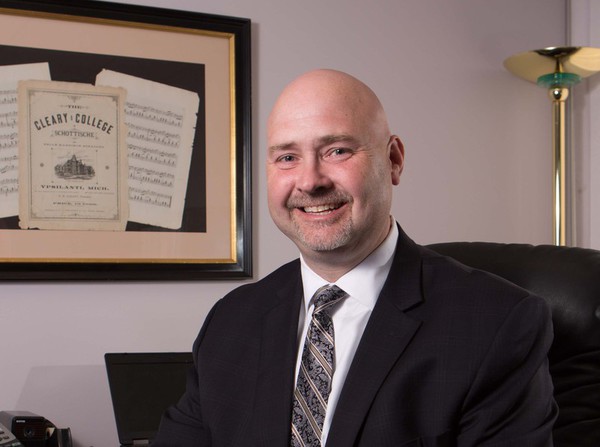 The Cleary University Board of Trustees has made known just how it feels about President and CEO Jayson Boyers.

On Monday, the university announced that the board had granted Boyers a five-year contract extension. Boyers took over the position in 2015 from longtime President Tom Sullivan. Raymond King, the chairman of the University’s board, said he was “happy with the progress Dr. Boyers achieved in his first two years at the helm,” adding that in addition to a growing student enrollment, “Cleary continues to form stronger bonds in the Southeast Michigan community with new partnerships in a variety of civic and business organizations” and that “Boyers and his team have changed the trajectory of growth and investment at the University.”

During Boyers’ tenure, Cleary opened the Detroit Education Center in Detroit’s North End neighborhood as well as launching two major developments on its Genoa Township campus, including a new housing complex that will double the University’s capacity for on-campus living and a new athletic facility that will accommodate six varsity sports.

Prior to joining Cleary, Boyers was the Vice President and Managing Director of Vermont’s Champlain College Division of Continuing Professional Studies. A press release from the University stated that in that role, Boyers created a new business model that successfully expanded the division’s footprint on a national level through development of an online, higher education e-commerce model. (JK)