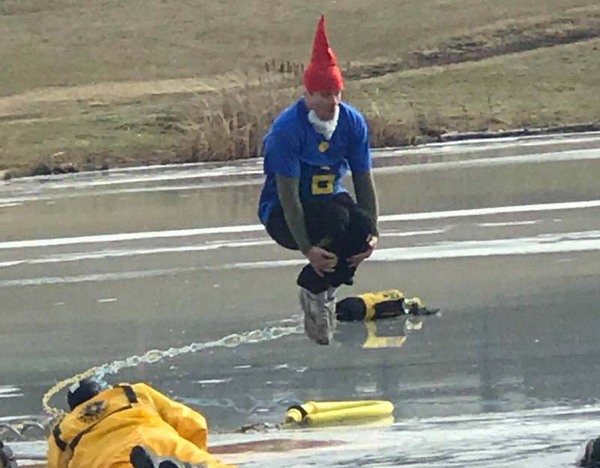 Saturday afternoon, the lake behind Brighton High School was filled with plungers jumping into the frigid water.

Nearly 200 people turned out for the annual Polar Plunge in an effort to raise funds and awareness for Livingston County Special Olympics. Before bracing the cold waters, the school’s gymnasium was filled with plungers and supporters dressed up for the parade of costumes. Everyone then made their way outside where several people plunged into the chilly water while supporters cheered them on. 100% of the funds raised over the weekend’s event will be going towards everything the athletes need for their Olympic games. Livingston County Special Olympics provides their athletes with everything needed for competing for free such as equipment, games, venues, insurance, and uniforms.

Event coordinators Vivian Nylund and Elizabeth Krause told WHMI that despite the milder than normal temperatures, this year’s event was a huge success. They were also grateful for the continued support in the community for the annual event. (DF/JK)