'March Against Fear' Planned In Response To Flyers 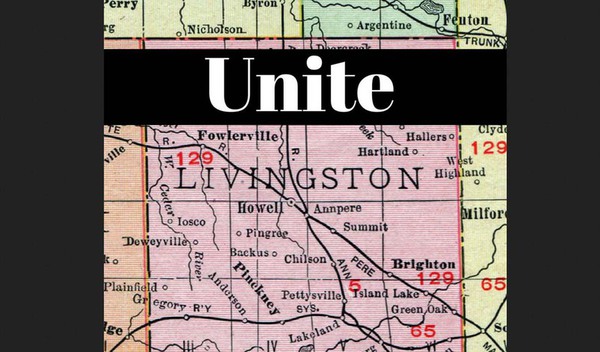 Following the discovery of white supremacist flyers in Howell last weekend, a group is organizing a public display of unity.

Citizens for Unity plan to hold a “March Against Fear” on Saturday to counteract what they call a, “vile act of racist intimidation directed at our neighbors.” The flyers were placed on the windshields of vehicles that were parked downtown for a fundraising event to help girls in India. The group behind the flyers, Patriot Front, is a nationally recognized white supremacy organization. Using the Nazi-identified phrase “Blood and Soil,” the flyers claim the nation has been “subverted and usurped” and calls for “patriots” to “reconquer their birthright and forge a new America.” The Southern Poverty Law Center, which tracks hate groups across the country, says Patriot Front promotes a ”…dead-serious advocacy of white-supremacist ideology…intended to appeal to a more militant mindset.”

Citizens for Unity organizers, Kasey Helton and Colleen Turk, say it’s important to “stand-up and speak out in support of equality, democracy, and the fellowship of humankind.” They’re calling it a March Against Fear in honor of a 1966 Civil Rights demonstration of the same name led by activist James Meredith. They are asking participants to meet in front of the Howell Carnegie District Library on Saturday at 2:30pm. From there, they will proceed on a walking demonstration along Grand River. They ask participants to wear appropriate footwear and clothing and that signs promoting love, peace, equality, democracy, and all related themes are encouraged. They add that this will be a quiet, peaceful, kid-friendly demonstration with a goal of getting more attention than what they called “despicable unwelcome cowards who are trying to stir up hate in our community.” (JK)