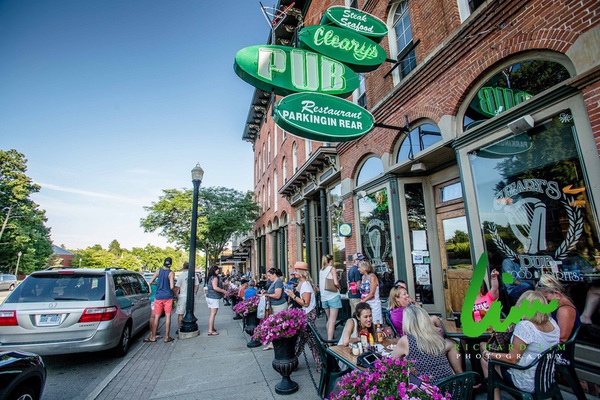 The City of Howell has been named a winner in a contest centered on photos that visually represent the heart and soul of Michigan Main Streets, the vibrancy of local businesses and the downtown’s unique atmosphere.

Sponsored by the Michigan Economic Development Corporation, the City of Howell was named the first winner for the contest in the area of economic vitality. Michigan Main Street Communities from across the state submitted their best photos that captured the essence of the downtown and fit different topics and categories. The state said Howell’s submission best represented the economic vitality category, as it shows a thriving business district with residents and visitors enjoying a bustling downtown.

Howell Main Street Inc. Chief Operating Officer Cathleen Edgerly tells WHMI the downtown continues to be busy year round and the city is lucky to have such a vibrant downtown but also a diverse business mix, although capturing photos that really highlight that can be a challenge.

Downtown Howell has one of the lowest vacancy rates in the entire state, which Edgerly says is great but it also presents unique challenges. She says they need to make sure they continue to strategically plan and keep a focus on what kind of businesses they want in the downtown area to maintain a low vacancy rate but still have the wonderful business mix people want to come downtown for.

The Howell DDA will receive $1,000 for the winning submission. Howell was the first winning community to be announced but it is possible that the city could win another category, since a winner will actually be announced daily through the rest of the week in different topics. Meanwhile, Howell has also been named a semi-finalist in the National Main Street Center’s Great American Main Street competition. The 2018 winners will be announced in March. (JM)