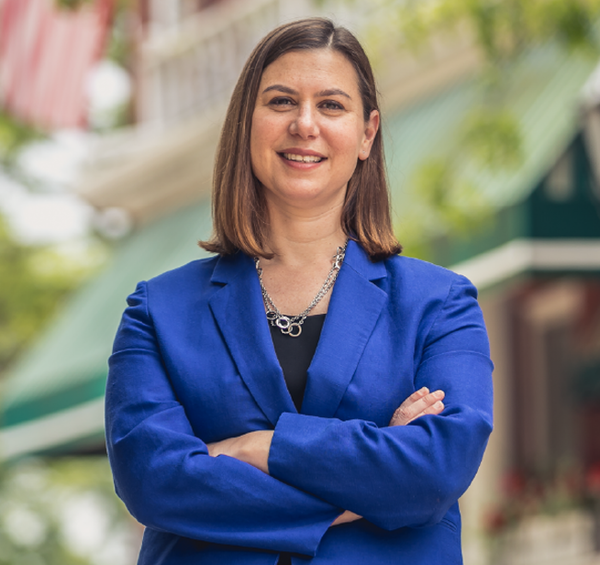 A Democratic candidate for Congress is not accepting PAC money in her attempt to unseat Representative Mike Bishop.

Democratic Congressional candidate Elissa Slotkin said Wednesday she will not accept corporate donations in her bid to unseat Republican incumbent Mike Bishop for the 8th District. Slotkin used the announcement to slam Bishop's fundraising record, saying he has "deep ties to corporate special interests" having accepted nearly $1.5 million from corporate PACs, including $15,000 last year from pharmaceutical companies, Endo International PLC and McKesson Corporation, which are among nearly a dozen companies being sued by Oakland and Wayne counties for "deceptive" marketing strategies that have led to opioid addiction.

Mela Louise Norman, Slotkin’s campaign manager, said that “Bishop represents the very worst of Washington: a career politician who is bankrolled by corporate money, doing the bidding for companies and his donors instead of for Michigan families." The campaign added that Slotkin ended the year with $711,000 in the bank, 98% of which came from more than 2,600 individual donors.

In response to the release, Stu Sandler, a spokesperson for the Bishop campaign, said Slotkin is not disclosing two PACs that are funneling "corporate PAC money through DC politicians and PACs to her campaign." That's a reference to The Arena Candidate PAC Victory Fund and Slotkin Victory Fund, both of which are listed on her end of year 2017 statement of organization. Meanwhile, the National Republican Congressional Committee posted online that Slotkin left her D.C. home off of her Personal Financial Disclosure, adding that while she registered to vote in Michigan last May, she continued to receive the homestead tax exemption on her District of Columbia property through October. That exemption is only supposed to apply to a homeowner’s principal residence. Slotkin's campaign has said that was an oversight and, in fact, Slotkin wrote to the city last October canceling the homestead deduction and sent along a payment of $615.12 to cover the deduction she received from April 1st through Sept. 30.

Hannah Lindow, Slotkin's Deputy Communications Director, told WHMI that the claim by the NRCC was, "verifiably false. You need to look no further than the very Detroit News article the NRCC cites, to see that their claim is untrue: Elissa is not claiming the homestead deduction for her home in DC. The NRCC link claims that she "left her D.C. home off of her Personal Financial Disclosure," but if you simply read the PFD instruction guide you see that this claim doesn't stand up. The PFD states: "You are not required to disclose a personal residence (or any gain from its sale) unless it generated rental income, including, for example, from the rental of the basement or a single room (in which case you must report the value of the entire residence)." Elissa worked for the CIA for over a decade, deployed to Iraq three times, and worked in both the Bush and Obama White House. During that time period, she bought a house in Washington. She is open about her background and her record of service. This whole thing, frankly, is a diversion by the Bishop campaign."

The 41-year-old Slotkin currently lives in Holly on her family farm after spending 15 years in various posts in the U.S. intelligence and defense communities, including three tours in Iraq while with the Central Intelligence Agency. (JK)