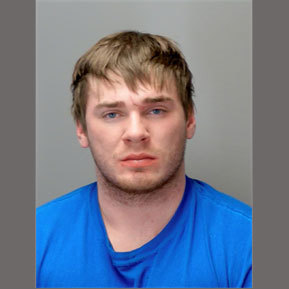 A Stockbridge man was arrested and a massive quantity of dangerous drugs are off the streets after an assault investigation led authorities to an illegal drug manufacturing facility.

Ingham County Sheriff’s deputies responded to a home in Stockbridge Township at around 11:30pm on January 9th on a report of a felonious assault that had just occurred in which a male subject had physically assaulted his girlfriend and also allegedly pointed a handgun at her. 21-year-old Kody James Krusinski of Stockbridge was stopped while driving and arrested after deputies located numerous vials in the vehicle that are believed to be liquid fentanyl and anabolic steroids.

Ingham County Sheriff Scott Wrigglesworth tells WHMI this was a great example of local police work leading to an arrest and ultimately the discovery of the clandestine lab/manufacturing facility – which he says was almost like something straight out of the “Breaking Bad” television show. He says these types of drugs are killers, no doubt about it. Wrigglesworth said to even get the Fentanyl off the street is amazing but who knows what all the pills were, as they could be liquid Fentanyl turned into powder form and then put in pills for sale. He says the possibilities are endless and these are the types of things the public needs to know, noting local law enforcement is battling this epidemic each and every day so when they can get something like this put out of business, it’s a big win and will ultimately save multiple lives in the state.

The investigation related to the drugs is ongoing and potential charges were said to be pending. Krusinski has been arraigned on separate charges related to the initial incident and those include armed robbery, felonious assault, carrying a concealed weapon and domestic violence. He’s due in 55th District Court in Mason on Thursday for a preliminary exam conference. (JM)