Crash Closes Portion Of Southbound US-23 In Fenton Monday 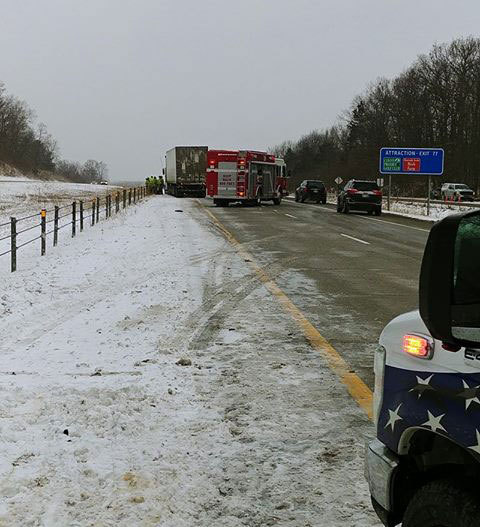 A Monday crash on US-23 in Fenton partially shut down the freeway and sent at least one person to the hospital.

Southbound US-23, south of Owen Road, was down to one lane due to the crash that happened around 11am. Police and crews with the Fenton Fire Department responded to the scene, which involved a semi and another vehicle. The Tri-County Times reports at least one person was taken to the hospital and one vehicle was totaled. A third vehicle was in a ditch on the side of the highway.

The crash caused significant back-ups and a separate crash impacting traffic was reported on northbound US-23 at the White Lake Road exit, which was cleared after 7pm. Meanwhile, various other traffic incidents and spinouts were reported across Livingston County as snow fell throughout the afternoon and early evening. Facebook photo. (JM)