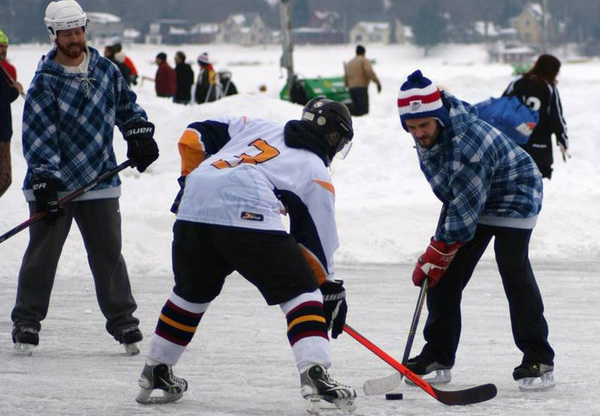 After a two-year hiatus, an annual pond hockey tournament benefitting local families is set to return to Whitmore Lake next month.

Temperatures affecting the ice on the lake cancelled the Michigan Pond Hockey Classic the last two years, but organizers are remaining optimistic for this year’s event. The tournament will be held February 9th through the 11th and is open to the community.

Tournament Director Mandy Grabowski says the first Pond Hockey Classic was held in 2008 and now serves as an annual fundraiser for the Michigan Pond Hockey Sports Charities (MPHSC). The charity helps local families in need afford the costs and pay-to-play fees associated with youth athletic programs. Grabowski says there was a noticeable decline in program participation when those fees started to skyrocket. The MPHSC partners with schools and athletic organizations to determine what families are in need of financial assistance, and then cover the costs for them so their child can play.

In addition to supporting a good cause, Grabowski says the tournament’s festival-like atmosphere makes the weekend feel like one big party for the whole town. Live music, skills competitions, a family-skate rink, fireworks, and food are all a part of the Pond Hockey Classic.

Those interested in playing in the tournament have until February 1st to register or until the six remaining divisions fill up. Volunteers and sponsors are still being sought as well. You can find that information and a schedule of the weekend’s events at the link below. (DK)