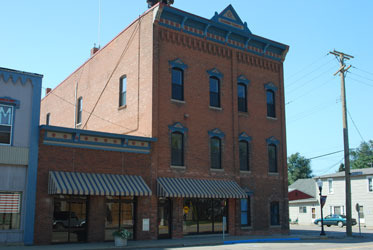 Handy Township officials are seeing the light at the end of a tunnel of legacy debt that came from a delinquent property.

The 200 acres at Grand River and Nicholson Roads, known as the “former Mitch Harris Property”, was in litigation for several years, during which time the delinquent taxes and penalties accumulated because it could not be sold. At one point the township owed approximately $2.1 million in chargebacks after the property came back into its possession.

However Supervisor Ed Alverson says the property went to tax sale in August and “it went really well”, greatly reducing the amount owed. Alverson was pleased to inform the Board of Trustees at their meeting Tuesday that the remaining debt is estimated to be $200,000 or less. Township Clerk Laura Eisele says the chargeback reduction is “huge news”, noting the municipality’s water fund is also seeing positive numbers after spending some time in the red.

The work in progress in escaping from long-held debt was a relevant issue at their most recent meeting as the board was also presented with the township’s audit for the 2016-2017 fiscal year. Accounting firm Maner Costerisan issued an unmodified opinion, which is the highest rating a municipality can receive. (DK)