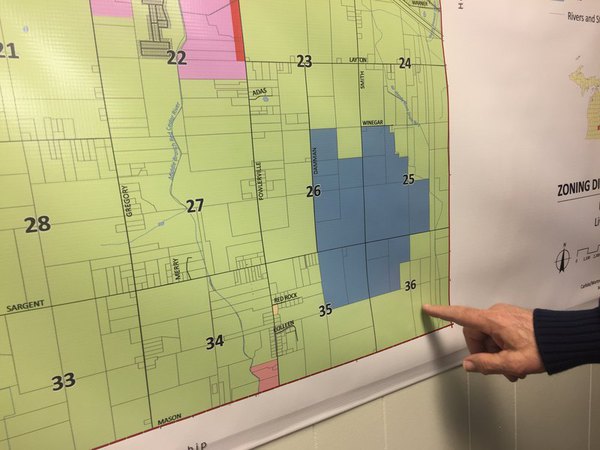 An energy company is considering property in Handy Township for the construction of an electrical power plant.

Competitive Power Ventures, or CPV, has taken an option on 145 acres in the southeast corner of the township, near the Fowlerville Proving Grounds. The company is beginning a two-year due diligence period that allows them to decide whether it’s a suitable location for one of their facilities. The power plants burn natural gas to generate electricity and proximity to sources plays a leading role in CPV’s local interest. On the property at the corner of Mason and Truhn Roads is the intersection of the Vector and Rover pipelines, and therefore access to a supply of natural gas and power.

Handy Township Supervisor Ed Alverson says discussions with CPV began just before Labor Day and believes the venture would be a great opportunity, noting its potential to create hundreds of construction jobs and up to 28 plant worker positions. With the ability to provide power to large users in parts of Michigan, Indiana, and Ohio, Alverson says the plant could offer stable electricity at a relatively fair cost.

Alverson says he’s met with other local officials recently to inform them of the potential project and its impact. During the two-year due diligence, CPV will work with the township on Master Plan and zoning changes, and meeting requirements of state and federal regulatory agencies. Alverson says if the company decides to move forward with the plant at the end of the period, the facility would take approximately three years to construct.

CPV is reportedly looking to invest a minimum of $600(m) million into the project and as much as $1(b) billion. The company is headquartered in Maryland, with a plant operating there and New Jersey, and others under construction in three other states. (DK)