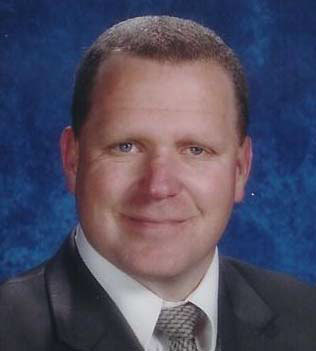 After a series of closed door meetings to conduct his annual evaluation, Supt. Greg Gray has received stellar marks.

Board President Andy Burchfield tells WHMI that Gray, now in his 9th year, is an outstanding superintendent. Burchfield says Gray scored highest in the category of Community Relations, adding “working with staff, students, and the board of education” are also areas in which he excels. “We’re very fortunate to have Dr. Gray; he’s done a tremendous job and continues to move the district forward,” Burchfield said after the meeting.

Gray came to Brighton nine years ago from the Owosso Public Schools, where he was also the superintendent. Gray, along with Assistant Supt of Finance Maria Gistinger, are credited with getting the Brighton Area Schools out of deficit and building a comfortable fund equity. He is also given a measure of credit for passage of an $89 million bond issue by the voters in 2012, which has resulted in major facility and technology upgrades to district schools.

Nearly five years ago Gray had been picked to become superintendent of the Portage School district. However, he was persuaded by a community outpouring of support, and his family, to remain in Brighton. Gray has a bachelor’s degree from Alma College and masters and doctorate degrees in educational leadership from Western Michigan University.(TT)