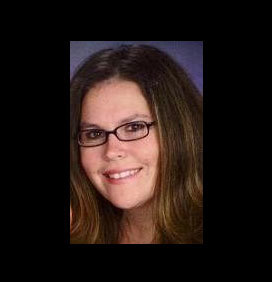 2018 is bringing new leadership to the Howell Public Schools Board of Education.

The board met Monday night and the first order of business was electing new officers. Former Vice President Stacy Pasini moved up to the president role, while former Secretary Brent Earl will now serve as vice president. Marcus Wilcox was nominated secretary and Courtney Tarara will serve as treasurer.

The nominations were all unanimous and Pasini told WHMI she’s excited to take on the role of president. Pasini says they have a great board that works really well together so taking on the leadership role is a super exciting move and she’s looking forward to the challenges. Pasini noted the district is in good shape, trying new innovative programming and lots of ways to continue to be leaders in education. So in the president seat, Pasini feels she’s in a good position to continue moving forward, saying the board is very dedicated to doing what’s best for children and families so she’s happy to be their leader.

Vice President Earl told WHMI he feels honored to take on the role and based on what the board has done the last couple of years, 2018 should be smooth. He says they’ll try to keep everything organized and as calm as possible, adding there’s good camaraderie between board members who enjoy working with one another and feels everyone is friends, which makes it easy and fun to work with everybody.

Following the election of officers, the board hammered out the meeting schedule for the coming year and made a few changes to dates. Only one meeting per month will be held for the majority of the year, although dates are being left open for flexibility in calling additional meetings if deemed necessary. Earl stressed the importance of committees carrying more load, which thoroughly vet a lot of the work, but said there is always flexibility to make sure things are approved in a timely manner.

Board members and Superintendent Erin MacGregor also took time during the meeting to recognize Mike Yenshaw for his leadership and guidance while serving as board president. Newer members thanked him for all of his help in getting them up to speed, noting Yenshaw puts in a lot of work and research and has really helped steer the district in a great way. (JM)