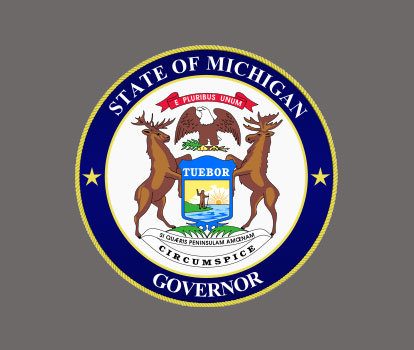 Two Livingston County residents have been appointed to serve on state boards.

Governor Rick Snyder announced the appointment of Diane Bockhausen of Howell to the State Police Retirement Board. The nine-member board oversees the Michigan State Police Retirement System and Governor Snyder said Bockhausen’s years of experience with the Michigan State Police will be a great asset. Throughout her career, Bockhausen held the ranks of trooper, sergeant, lieutenant, first lieutenant and inspector and served as the department’s Equal Employment Opportunity Officer. She has also worked as a community corrections manager in Livingston County and as an independent contractor for a company that specializes in testing services for public safety officers. She’ll represent retirees on the state board and serve a three-year term expiring December 31st, 2020.

Governor Snyder also announced the appointment of Jordan Kennedy of Fowlerville to the Michigan Board of Veterinary Medicine. Housed within the Michigan Department of Licensing and Regulatory Affairs, the nine-member board evaluates and determines minimal entry level competency of veterinarians, and takes disciplinary action against any misconduct of licensees. Snyder noted the group’s commitment to ensuring Michigan pets, livestock and service animals are properly cared for. Kennedy is a deputy press secretary in the Executive Office of Governor Snyder. She serves on the Farm Bureau’s Board of Directors for the Michigan Livestock Expo and was a member of 4-H for 12 years. Kennedy will represent the general public on the board and serve a four year term expiring December 31st, 2021. The appointment is subject to the advice and consent of the Senate. (JM)