Scofield Remembered As “Pillar Of The Howell Community” 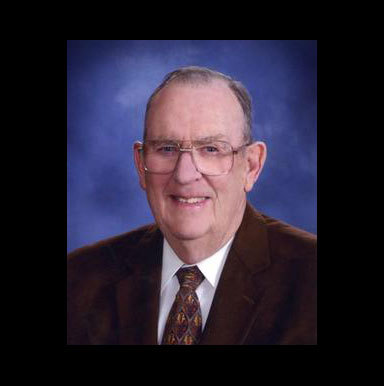 The community is remembering the legacy of William “Bill” Scofield.

Scofield passed away at the age of 89 on New Year’s Day. He’s survived by his wife Joy of 67 years, children, grandchildren and great-grandchildren. He was known for his love of family, the community and baseball. The Howell High School grad went on to graduate from Albion College, where he received the most valuable baseball player award. He was part of a three generation family business, May & Scofield, where he retired from in 1994. Scofield was one of the founders of the Howell Area Junior Baseball Association and involved in the construction of Bennett Field. He was also a member and chairman of the Howell Recreation Commission for 17 years, involved in his church and was chairman of the Howell Area Chamber of Commerce Board of Directors.

Chamber President Pat Convery knew Scofield through his relationship with the chamber, saying he attended mostly social events in his later years. Convery told WHMI despite his heavy community involvement, Scofield never talked about himself and will be remembered as a delightful, kind man who always thought of others. She noted Scofield was such a quiet guy when it came to everything he had achieved in his life, and she was amazed by the amount he contributed to the Howell community in reading his obituary. Convery says Scofield always had a twinkle in his eye, was always smiling and seemed glad to see people. Convery described Scofield as “a pillar of the Howell community” who helped make Howell what it is today - a wonderful community with people who care about others. Convery said Scofield’s goal was to create a quality community and he was successful in that.

Convery says Scofield was also very involved in what was known as Howell Community Chest, the predecessor to the Livingston County United Way. She says Scofield and his son Rick have been very involved in the United Way since then and both were named Howell Citizens of the Year at different times. She says this year’s annual dinner coming up January 25th will be very bittersweet, as the two always stood up together when it was time to recognize past receipts in attendance.

McDonald’s Funeral Home is handling service arrangements for Scofield. That’s where visitation will be held next Friday from 3 to 7pm. A memorial service in honor and celebration of Scofield’s life will be held at 2pm next Saturday, January 13th at St. John’s Episcopal Church in Howell. Memorial contributions in Scofield’s name are being suggested to the Community Foundation of Livingston County or a charity of the donor’s choice.

A link to Scofield's obituary and funeral arrangements is provided. (JM)