Nominations Being Accepted For Brighton Women's Roll Of Honor 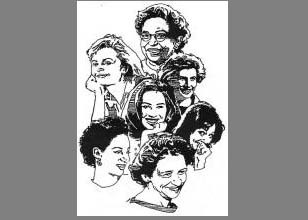 The Brighton Area Women’s History Roll of Honor is seeking nominations for 2018.

The Roll of Honor serves to bring awareness to the general public about the contributions women have made over the years to society. The group started recognizing women from the Brighton area in 2003 and its advisory council is looking for the next potential candidate to be inducted into the Roll of Honor. Nominees can be a woman who has done something for the first time, has made significant contributions to the community, served the area or has distinctive accomplishments.

Nominations are due by Wednesday, January 31st. A committee meeting will be held in February where the advisory council will discuss each nominee and then hold a vote. The 2018 honorees will be announced in March as a part of National Women’s History Month. Nomination forms can be found at the Brighton District Library, Greater Brighton Area Chamber of Commerce or Brighton Area Schools B.E.C.C. Building at the corner of East Main and Church Streets.