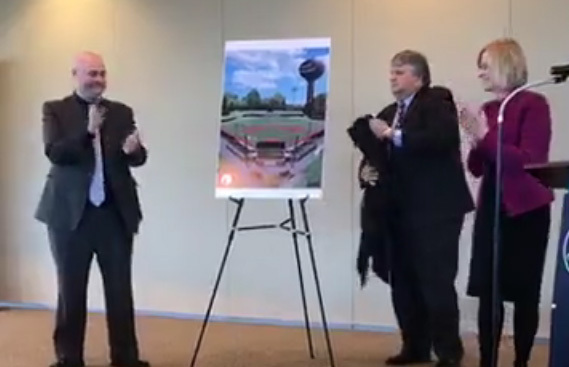 Cleary University confirmed that Lake Trust Credit Union has secured the naming rights to the new athletic facility on its Livingston campus through 2028. An amount was not disclosed. Lake Trust Credit Union Stadium will feature lighting for nighttime play, seating room for hundreds of spectators and artificial turf for nearly year-round play and events. 200 student athletes will benefit from the new space, which is scheduled for completion in fall 2018. The venue will support six varsity sports including baseball, men’s and women’s soccer, men’s and women’s lacrosse and softball as an official game venue.

The new athletic facility is the latest step in the growth of Cleary’s athletic program, which joined the National Association of Intercollegiate Athletics in August. David Snodgrass, Lake Trust Credit Union President and CEO said the, “…state-of-the-art sports complex will enhance the college experience for Cleary students, will have tremendous community impact, and is a catalyst for growth in Livingston County.” That sentiment was echoed by Cleary President Jayson Boyers, who added that the venture strengthens their collective commitment to the Livingston community. (JK)