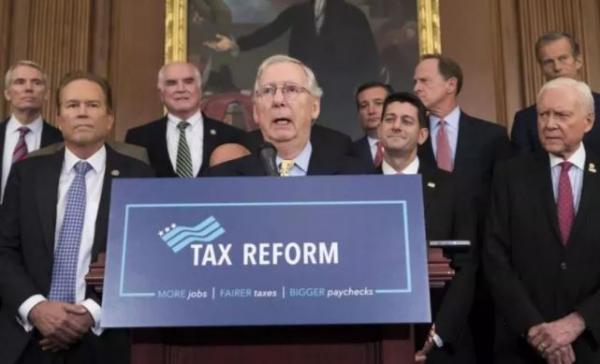 While one recent analysis of the GOP tax reform plan indicates it will mainly benefit Michigan’s wealthy, one economic expert believes it will be a boon to the state, provide a benefit for middle-income earners and serve as a catalyst for economic growth.

Earlier this week, the Michigan League for Public Policy said their analysis of the bill set to be voted on in the Senate this week would primarily assist the wealthiest 1 percent of Michiganders, while those towards the bottom of the wage scale will be negatively affected. But Michael LaFaive, the Senior Director of the Morey Fiscal Policy Initiative for the Mackinac Center for Public Policy, disputes that analysis. He pointed to a report by the Tax Foundation that concluded the Senate’s version of tax reform would see more than 27,000 new jobs in the state and a substantial after-tax income gain for families with a middle income. "The majority of the beneficiaries of this are going to come from the middle class...the average family with a middle income will see a tax benefit to the tune of about $2,500."

A report from the nonpartisan Congressional Budget Office indicated that most of the tax cuts that would benefit middle class tax earners would expire within ten years, while the deficit would increase by more than $1.4 trillion. LaFaive says the deficit is most definitely an issue that has to be dealt with, but he prefers to see that done through spending reductions. "I'm very concerned about the deficit going forward as well, but I think that can be addressed with spending cuts, and should be. It can also be addressed with growth. Do I think congressmen have the spine to cut as deep as I'd like to see? No. So I too am a critic in that regard. But in the net analysis, I think growth potential, particularly if we just limit growth in entitlement spending, could do a great deal towards reducing the gap between expected revenues and expenditures."

The Senate on Wednesday passed a procedural vote on the tax bill allowing debate to begin on the measure with a final vote expected either late today or Friday. However, Republicans can only afford to lose two votes if they hope to get the bill passed. (JK)