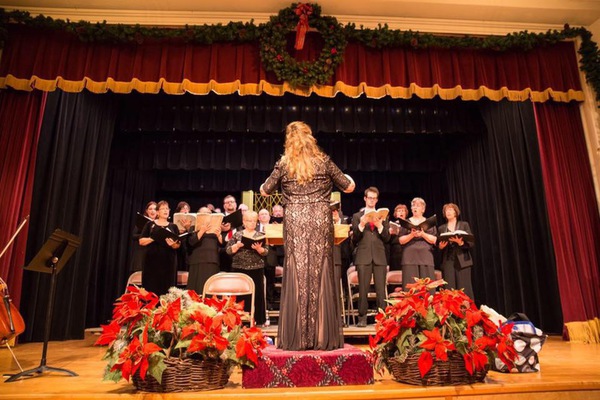 An event in Hartland next weekend will represent a local choral group’s 85th year of performing a classic work for the community.

Messiah, an oratorio by George Frideric Handel, has been performed annually since 1932. Hartland’s long-standing tradition was started by J. Robert Crouse; a resident who made it his life project to enrich the then-rural area. The tradition has lived on and is continued by the Hartland Community Chorus as a living memorial to Crouse’s memory.

The chorus will present Messiah at the historic Hartland Music Hall on Saturday, December 9th. The group will be performing the piece in its entirety, which is unique according to Director Kelli Falls. The entire oratorio is about three hours long and Falls says while most people only hear excerpts from it, she is sure many would recognize its most famous song, “Hallelujah”. The chorus has been rehearsing the full work since October and Falls says their commitment shows. The group is comprised of singers from all over, some of whom have been a member for 25 years or more. The performance begins at 6:30pm next Saturday. Tickets are $10 and can be purchased at the Cromaine District Library, Hartland Community Education building, or at the door.

Falls will also be directing a separate performance by the Livingston County Choirs this weekend. The three-choir organization has members of all ages and experience. The LCC’s holiday concert, Gloria, will be performed Saturday and Sunday at the Shepherd of the Lakes Lutheran Church in Brighton. Additional information can be found at the link below. (DK)