Fenton Couple Ordered To Remove Goats From Their Property 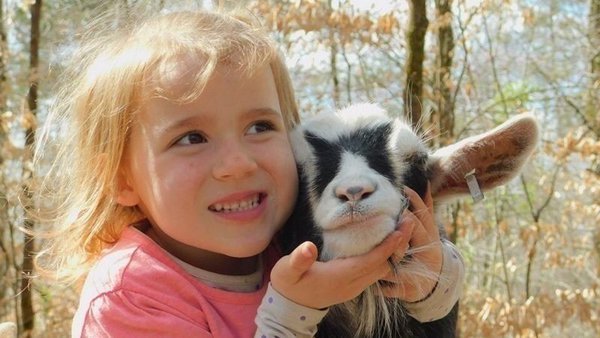 UPDATE: Tera Hamilton tells WHMI that portions of the Tri-County Times are incorrect. "The goats are not ordered to be gone by any particular date. We have another hearing in February and continue with our plans to leave the city this coming year. The judge was fair and we are pleased with the verdict."

A judge has ruled that a couple’s pet goats in the City of Fenton must go.

Shaun Hamilton and his wife Tera own Nigerian goats, which are considered miniature, that are kept on their property on Silver Lake Road. However, since the property is zoned medium density residential, farm animals including goats are not permitted. Shaun Hamilton was subsequently charged with keeping unauthorized animals and violating a city ordinance related to animal shelters. The Tri-County Times reports Hamilton pleaded guilty and the family was given an extended length of time by a Genesee County judge to remove the goats from their property.

The family already had plans to move and the judge determined the goats would be allowed to stay with the family. The couple was fined $50 for having an un-authorized structure, and the couple’s attorney told the Times “There was no testimony at all that the goats were a nuisance.” Fenton Building & Zoning Administrator Mike Reilly said the contention from the Hamilton’s perspective was that the goats are really not farm animals but pets, and the judge maintained that “a goat is a goat”.

The goats must be gone prior to a scheduled case review in court in February. (JM)