HPS Names Service Person and Support Person of the Year 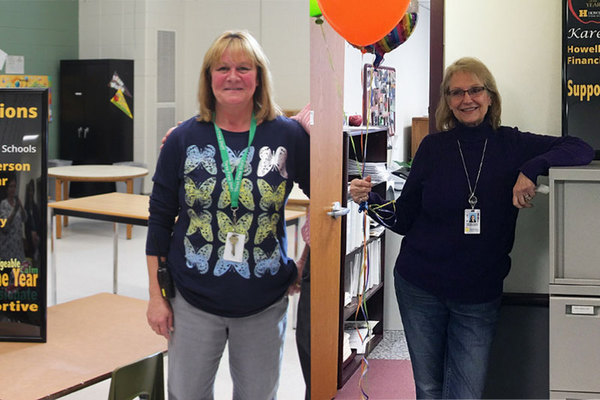 Howell Public Schools has named the recipients of their annual Service and Support Persons of the Year.

14 district stakeholders spent several hours earlier this month considering a combined 25 nominations for the two awards. In the end, they have selected Three Fires Elementary paraprofessional Karen Helsper as the 2017-18 Service Person of the Year, and Howell Public Schools financial assistant Karen Doran as its Support Person of the Year. Helsper was noted for her ability to be calm, compassionate, and positive at all times, including during the most stressful of situations. Doran, in her role, supports H-P-S employees with their fringe benefits. She is being recognized for her knowledge and patience while helping employees with insurance, savings, and spending accounts.

Both Doran and Helsper will be honored by the Howell Public Schools Board of Education at a board meeting in February. (MK)