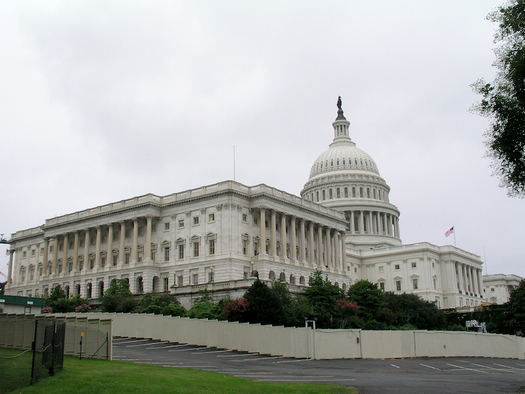 As the push heats up to pass the Republican tax bill, analysts are predicting that many Michiganders will lose out, particularly those most in need.

According to the Michigan League for Public Policy, under both the plan that passed the U.S. House earlier this month and the bill set to be discussed in the Senate this week, the wealthiest 1 percent of Michiganders will benefit the most, while those towards the bottom of the wage scale will be negatively affected.

Rachel Richards, the league’s legislative coordinator, says the Senate plan, which includes a repeal of the individual health care mandate, would result in nearly 400,000 people statewide losing their health care. "We anticipate premiums on the marketplace to rise by about $1,520 for a family of four, and we would likely see cuts to Medicare nearing $1 billion in order to pay for these changes."

Analysts expect either plan would raise the deficit by as much as $1.5 trillion over the next 10 years. Republicans say the massive corporate tax cuts will spur economic growth and stimulate the job market, although many leading economists argue that has not happened with previous cuts and they have little reason to believe it will happen with this one.

Richards adds that a deficit that large would leave lawmakers no choice but to "right size" the budget, which she says would result in drastic cuts that will be felt by all. "Education services, food assistance, basic cash assistance, infrastructure funding, health care. It's going to impact the quality of life on pretty much every Michigan resident."

Both U.S. Sens. Gary Peters and Debbie Stabenow, Democrats of Michigan, have come out against the Senate bill, while 8th District Republican Congressman Mike Bishop, who sits on the tax-writing House Ways and Means Committee, is a strong supporter of the House version. Bishop says the average family in the 8th District would see a $2,786 reduction in taxes, adding that the plan will boost local job creators to expand their operations, increase wages and hire more people. A vote on the bill could come as soon as Thursday. Public News Service Contributed to this story. (JK)