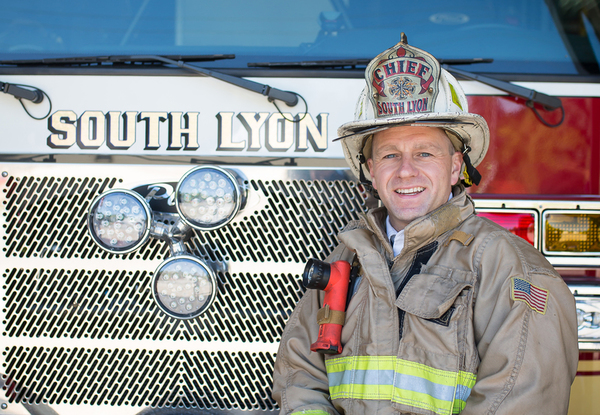 The City of South Lyon is in the process of hiring a new fire chief.

Fire Chief Mike Kennedy will be leaving after accepting an assistant chief position with the City of Ann Arbor Fire Department. He’ll start December 11th. After spending seven years with the South Lyon Fire Department, Kennedy tells WHMI it’s very bittersweet because he’s sad to leave but excited to move on. Kennedy says he’ll forever owe a debt of gratitude to South Lyon as it’s been an outstanding experience and he appreciates the opportunity, noting he worked with a great group with the fire department and great city leadership.

The South Lyon fire chief position has been posted and Kennedy says the goal is to have someone in place by the end of the year but he feels he’s leaving the department in a great spot moving forward. He says the highlight of his career with the city was lowering the department’s community ISO rating from a “5” to a “3” and South Lyon is one of only 20 departments in the state to hold that rating. That means residents are not only safer but have decreased fire insurance costs. The department has very strong relationships with its automatic mutual aid communities of Green Oak and Lyon Townships but the department also responds into Washtenaw County, due to the city’s location in the southeast corner of the county.

South Lyon’s newly elected Mayor Dan Pelchat congratulated Kennedy on the promotion during Monday night’s City Council meeting. As for any official last day, Kennedy says they’ll work through a transition through the end of the year. Photo: Linked In. (JM)