Plaque at Sheriff's Office Recognizes Employees Who Served in the Military 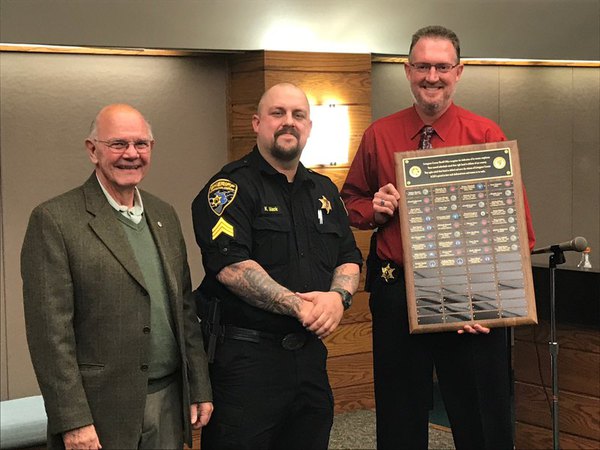 Current or past veterans who now are employed by the Livingston County Sheriff’s Office are being honored for their military service.

The plaque lists 35 current or former employees, with empty spaces to add names in the future. A statement engraved in the top of the plaque says the Sheriff’s Office recognizes the dedication of its veteran employees. It also says the Sheriff’s Office is proud to have men and women among their ranks who “raised their hand to defend and serve the citizens of Livingston County.” (DK)