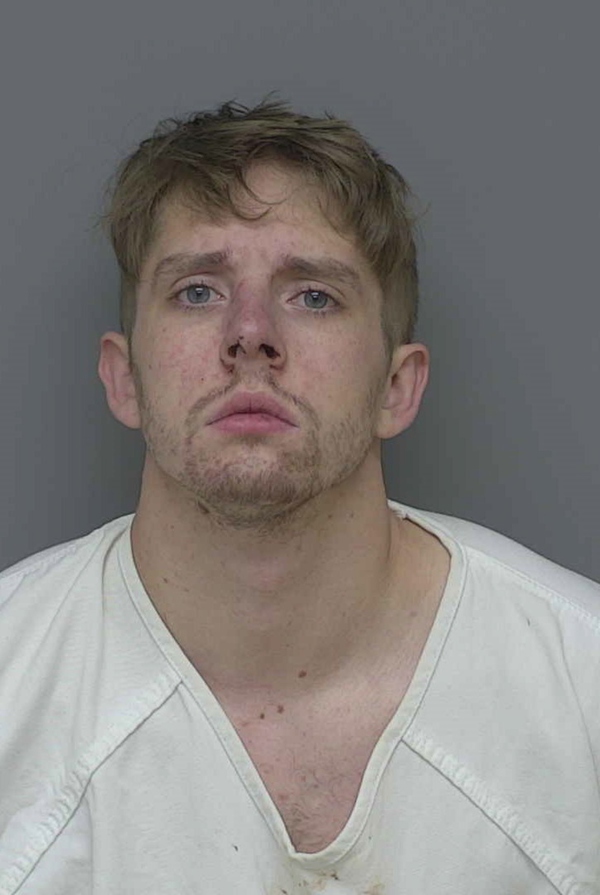 A Green Oak Township man has been arraigned on charges after a run-in with police earlier this month.

24-year-old Thomas Dean Blackledge is charged with a felony count of resisting/obstructing or assaulting a police officer, along with misdemeanor counts of operating while intoxicated, assault and battery and indecent exposure. Green Oak Police Chief Jason Pless says officers responded about 4:45am on Sunday, November 12th to the scene of a car crash at Leman Road and M-36 in Green Oak Township. Officers found that the vehicle Blackledge was driving had gone off the roadway into a ditch, sustaining significant front end damage. Pless says Blackledge told officers another vehicle had crossed the centerline and hit him, but there was no evidence that was true. After failing sobriety tests at the crash scene, Blackledge was taken to the St. Joseph Mercy Brighton Medial Center for a blood draw. Once there, however, Pless says he became belligerent and refused to have his blood drawn, resisting an officer and a nurse and kicking a security officer attempting to assist. Pless says Blackledge also kept exposing himself and screaming obscenities. Following his arraignment, a probable cause conference was scheduled for November 29th in front of 53rd District Court Judge Suzanne Geddis.