Candidates For Governor & Attorney General To Speak At Event 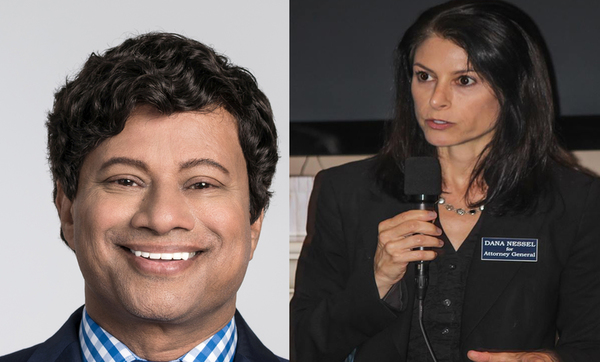 A pair of candidates for top statewide office will speak to Livingston County Democrats later this month.

Nessel is an attorney who spearheaded the precedent-setting case, DeBoer v. Snyder, which challenged the bans on adoption and marriage for same-sex couples in Michigan. The DeBoer case later resulted in a landmark ruling that legalized same-sex marriage nationwide. A former assistant prosecutor in the Wayne County Prosecutor’s Office, Nessel has received numerous awards for her civil rights initiatives, including the “Champion of Justice” award from the Michigan State Bar Association, “Woman of the Year” from Michigan Lawyers Weekly and the “Treasure of Detroit” award from Wayne State University Law School.

The Nov. 30 meeting will be at 7 p.m. at RE/Max Platinum Auditorium on Grand River in Genoa Township. Light refreshments will be served. For more information, call 810-229-4212 or email livcodems@gmail.com. (JK)