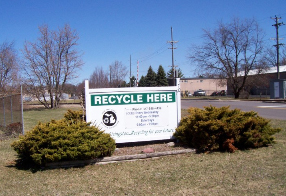 The Howell City Council met Monday night and approved a new lease agreement with Recycle Livingston as the organization prepares to improve facilities.

The non-profit operates out of what has been described as a very an old trailer on city-owned property off Catrell Street, which it has done since the early 1990’s. Since the non-profit was looking to construct a permanent building on the property, Council raised some concerns should it ever sell and decided it was a good time to reexamine the existing lease agreement. Recycle Livingston has secured significant funding from a local foundation, hence why a longer lease term was sought, and plans to fund the rest of the project through its own contributions and additional fundraising efforts.

Howell City Manager Shea Charles tells WHMI Recycle Livingston is looking to upgrade facilities and a large donor will be assisting with roughly $200,000 in improvements that will be made to the property. Charles says there will be an enhanced benefit for Howell City residents since it is city property as part of the ten year lease. That could result in either discounted memberships or free services on a go-forward basis that would evolve over time as recycling changes or other things of that nature, giving both parties flexibility to do what makes sense based on where the market is at.

The new lease will be effective January 1st and if all goes as planned, Recycle Livingston could be under construction this coming spring. Recycle Livingston officials have said the additional space is needed for current operations but also expanded services and general improvements, including handicap accessibility and better security for confidential materials. The new facility would also be significantly more energy efficient, in keeping with the non-profit’s overall mission.

The lease was already approved by the Recycle Livingston Board of Directors and was executed with the city attorney following council approval on Monday. (JM)