Protest Planned At Hearing For Teen Convicted Of Sexual Assault 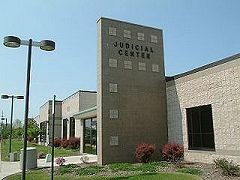 A peaceful protest will be held next month by community members speaking out against a teen who admitted to sexual assault, while hoping to encourage any other victims to come forward.

The event will be held prior to a status conference for a Brighton Township teen that was accused of sexually assaulting three girls over the past two and a half years. The Brighton High School junior, who is not being identified because he is a juvenile, was originally charged with 31 felonies. He entered into a plea deal into which he only admitted to six of the counts, including first degree criminal sexual conduct.

His plea deal and 45-day sentence at the Monroe County Youth Center was met with shock by the victims and parents. Livingston County Prosecutor Bill Vailliencourt sought a review of the sentence, but it was reaffirmed by a juvenile court judge. Last week, parents of the victims urged the Brighton School Board of Education to expel their daughters’ rapist. Next month’s protest has a similar goal.

Protest organizer Heather Green, who is related to one of the victims, says the offender should not be allowed to return to school. She alleges there are other victims who have yet to speak out and hopes the protest will encourage them to do so to help provide justice.

The protest will be held Monday, December 4th, at 12pm outside the Judicial Center on South Highlander Way in Howell. Green reiterated the protest will be peaceful, with no intentions for it to “start a riot”. She does however feel the perpetrator needs to be held accountable and receive treatment. Green says she wants the victims to know their testimony in court “wasn’t all for nothing.” (DK)