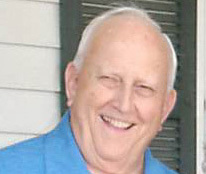 The pillar of a Livingston County political dynasty has passed away.

John Rogers died Saturday. He was 87. He served twice as Brighton Township supervisor from 1985 to 1988 and then again from 2001 to 2004, when he said he was retiring. But the pull of politics brought him back in 2008, when he was elected as a trustee. He served until 2012. But the Rogers family’s involvement dates back decades before that. His first wife, Joyce served on the Livingston County Board of Commissioners from 1985 to 1988 as well as the longtime executive director of the Brighton Chamber of Commerce. She passed away in 2009.

His eldest son Bill Rogers also served as a county commissioner, then as a state representative and currently is the Genoa Township supervisor. His other son, Mike Rogers, served as a state senator and then seven terms as a U.S. Congressman, and one-time chair of the House Intelligence committee. Another son, Jim Rogers, retired from the military in 2012 as a two-star general.

Visitation for John Rogers will take place Tuesday from 2-4pm and from 6-8pm at the Keehn Funeral Home in Brighton. Funeral services will be held Wednesday morning at 10:30 at St. Patrick Catholic Church in Brighton. (JK)