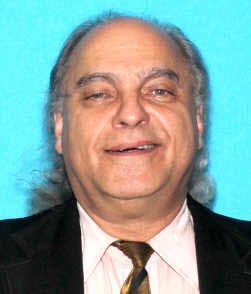 A Tyrone Township man is facing extensive charges after allegedly stealing thousands of dollars from Michigan residents in a mortgage foreclosure scam.

54-year-old Lawrence Adell Sefa was arraigned in Livingston County’s 53rd District Court Tuesday on a total of 30 charges. Sefa is charged with 15 felonies, including conducting a criminal enterprise and false pretenses, and 15 counts of Credit Services Protection Act violations, which is a misdemeanor. His bond was set at $25,000, ten percent cash/surety, which he posted the same day as his arraignment.

Michigan Attorney General Bill Schuette announced Wednesday the charges were filed by his Homeowner Protection Unit as the result of an investigation into Sefa and his company, LAS Loan Assistance Centers. Sefa is said to have stolen tens of thousands of dollars from Michigan residents facing mortgage foreclosures in a scam he operated through his company.

The Department of Attorney General had received multiple complaints that Sefa and LAS took money from clients up front for mortgage assistance and/or debt settlement, but never provided the promised services. Sefa and LAS allegedly guaranteed specific outcomes, such as lower monthly mortgage payments, which is impossible to do. Sefa is also accused of withholding his clients’ personal financial documents when asked to return them.

While the case is pending, Sefa is prohibited from conducting credit or mortgage services. Court records list 17 victims that he cannot have contact with, though it is possible there are others that have yet to file complaints. The Attorney General’s investigation determined a large portion of Sefa’s clients, as well as those who already filed complaints, did not receive the services Sefa and LAS had promised.

Sefa is due back in court November 29th for a probable cause conference, which will determine whether there is enough evidence to send the case to trial. (DK)