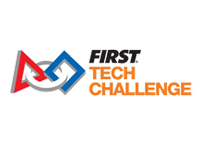 Some local robotics teams are advancing to the state championships.

Various Livingston County teams are advancing to the state tournament from Hartland, Howell and Brighton. In Hartland, both of the middle school FIRST Tech Challenge teams, the Steel Eagles and Sonic Eagles, and their elementary school team, the EagleBots, are heading to their respective state championships.

In Brighton, the Charyl Stockwell Preparatory Academy Middle School Miners robotics team participated in their first competition and ranked second overall at the end of qualifying matches, earning them a spot to compete.

The Michigan FIRST Tech Challenge State Championship will take place December 15th and 16th in Battle Creek. Press releases from each robotics program detailing the various team accomplishments can be viewed below. (JM)