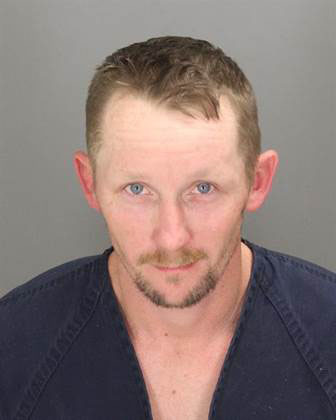 UPDATE 6pm: Michael Joseph Quigley has been apprehended and is in the custody of the Oakland County Sheriff’s Office.

Four Oakland County school districts are closed today while the search for a gunman takes place.

The Oakland County Sheriff's Office says 34-year-old Michael Quigley of Brandon Township is suspected in the shooting of his 33-year-old estranged wife, who was visiting a male friend at an apartment complex near Ortonville Tuesday night. Sheriff’s officials say Quigley forced his way into the apartment and shot the male victim in the eye and his wife in the back of the head. Both victims are in intensive care at a local hospital, but in stable condition. The male victim’s 3-year-old daughter was in the apartment at the time of the shooting, but was uninjured.

After the shooting took place, Quigley fled the apartment where he pointed the revolver at a neighbor who was outside after the incident. He continued to flee on foot. His truck was recovered by the Sheriff’ Office a short distance down the road, which appeared to have run out of gas. Its believed the vehicle had run out of gas prior to the altercation, which forced him to flee on foot. Quigley’s estranged wife was in the process of obtaining a personal protection order and was due to have a hearing in front of a judge today.


Quigley, who was previously a third party assistant wrestling coach at Lake Orion Community Schools, is still believed to be on foot in the area and is considered to be armed and dangerous. Anyone who sees him is advised to contact 911 immediately. (JK)