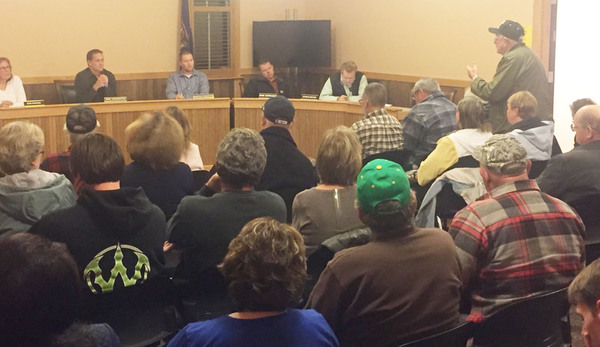 Howell Township officials have denied a request to amend the municipality’s zoning ordinance so it would allow for the establishment of shooting ranges in a specific district.

The request came from Mike Paige, owner of Oakland Tactical in Hartland, who had shown interest in purchasing property off of Burkhart Road and using it to establish a shooting range, as well as a space for first responder training. Paige’s request was to amend the ordinance text so shooting ranges would be a permitted use in areas that are zoned Agricultural Residential.

The board reviewed the request at their Monday meeting, which was attended by approximately 50 community members. While a public hearing was not held, Township Supervisor Mike Coddington did allow residents to share their opinions, which were almost all in opposition. Many of the concerns were in regards to safety, noise, and a decrease in property value.

Livingston County Sheriff Mike Murphy was the only member of the audience to vocally support Paige’s request and potential project. Murphy says a training facility would be a “great opportunity”, noting ponds on the property would be perfect for the county’s dive team. Murphy says in order to do any type of inside training, deputies have to travel to Alpena or Grayling. He also says the proposed gun range is a longer distance than what the sheriff’s office currently works with.

After public comments, treasurer Johnathan Hohenstein made a motion keep the zoning ordinance as is, citing the community’s input and planning commission’s recommendation as his reasoning. The motion received unanimous support from the rest of the board, ultimately denying Paige’s request. Paige has previously said he is willing to investigate other avenues to bring the project to fruition if the requested change did not receive township approval. (DK)