South Lyon Man Killed In Crash On Northbound US-23 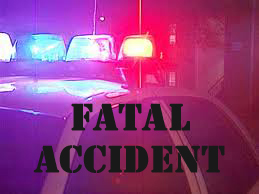 A fatal crash this morning in Tyrone Township is under investigation.

Deputies with the Livingston County Sheriff’s Office were dispatched to northbound US-23, north of Center Road in Tyrone Township for a two vehicle injury accident around 7:30am. Preliminary investigation revealed that a 2006 Chevrolet Trailblazer and a 2016 International semi-tractor and trailer were traveling northbound on US-23 when the vehicles collided, sideswiping each other. Both vehicles ran off the roadway and onto the shoulder side of the freeway. The Trailblazer overturned while the semi struck the embankment and then a tree. The driver of the Trailblazer, a 45-year-old Highland Township resident, refused treatment at the scene. The driver of the semi, a 67-year-old South Lyon resident, was transported to Genesys Regional Medical Center, where he later succumbed to his injuries.

Deputies were assisted at the scene by personnel from the Fenton Area Fire Department, Michigan State Police, and Livingston County EMS. (JM)