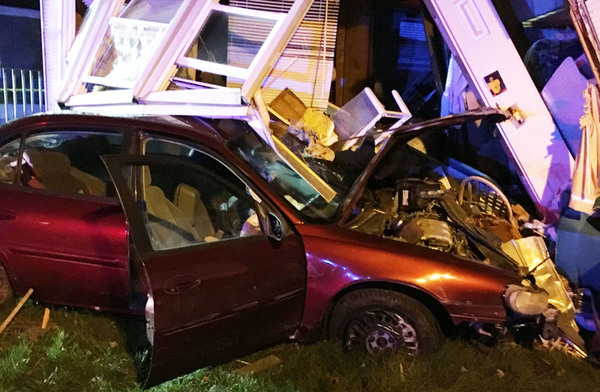 A Highland Township man is facing charges after allegedly striking a police car and then crashing into a mobile home.

The Oakland County Sheriff’s Office says a deputy was driving southbound on Milford Road when his car was rear-ended by a 2002 Chevy Malibu just after midnight Saturday. The Malibu fled the scene, heading north on Milford. The deputy gave chase, but lost sight of the vehicle after it entered the Highland Greens trailer park. However, a fluid trail from the damaged Malibu led the deputy to the vehicle, which was lodged into the side of a mobile home.

The 37-year-old driver was taken into custody and gave off "a strong smell of alcohol" and had "bloodshot eyes," according to authorities. A 76-year-old woman inside the mobile home was knocked off of her chair onto the floor and was taken to McLaren Oakland Hospital for treatment. A blood draw was also taken, with those results pending.

The suspect has since been lodged in the Oakland County Jail. The deputy, a four-year veteran of the sheriff’s office, was also taken to the hospital and treated for minor injuries. (JK)