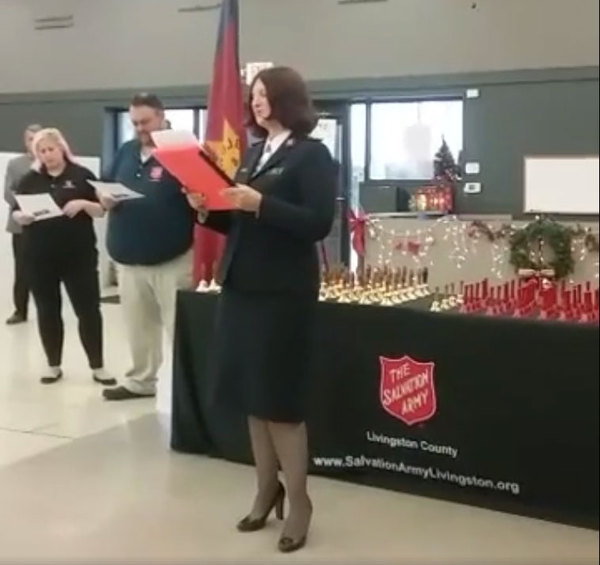 About 30 Salvation Army volunteers and supporters attended the second annual breakfast at what will eventually be its new church and headquarters on East Grand River in Genoa Township.

Some 100 per cent of the donations in the Kettle Campaign remain in the local community to meet local needs. The Bell Ringing campaign starts Friday, and Major Prezza Morrison says the Howell Area Fire Department will have firefighters out on volunteer duty ringing the bell at several locations in Howell. Later on, the Brighton Area Fire Dept. will man the kettles and collect donations at various locations in the county.

Morrison says many other organizations and private companies as well also have signed up for the Kettle Campaign. Some of the companies have signed up for a day, using their employees as volunteers who still get paid on company time. Meantime, the Salvation Army is looking for individuals and families to lend a helping hand. Morrison says they are looking for about a thousand volunteers, and stress that busy people need only donate a couple hours of their time.

Prospective volunteers are asked to go to a special website that has been set up for the Bellringer program (registertoring.com) to sign up. Morrison says they can pick the day and time that’s convenient for them by following the prompts on the website. (TT)